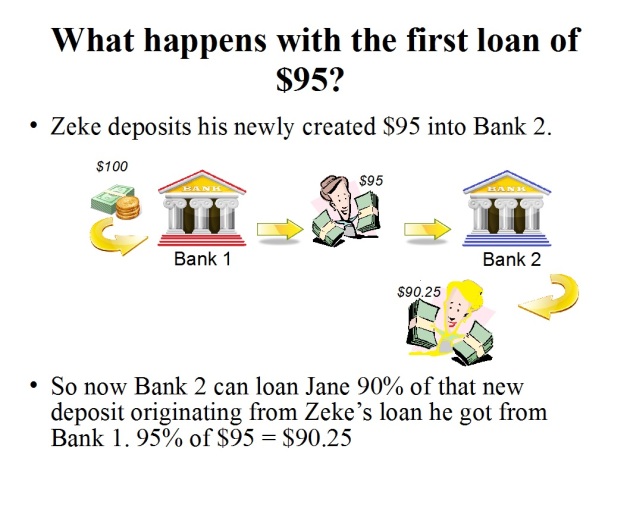 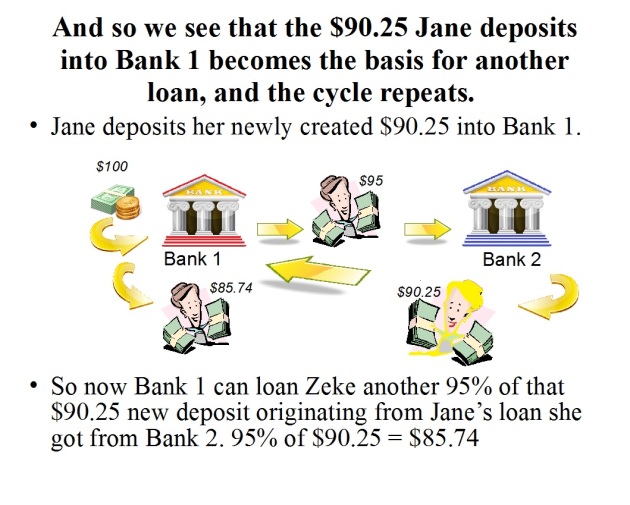 We have done three cycles of loans, keeping 5% of each deposited loan. We now have a total of $370.99 in our banking system.

The banker who gives the loan has to decide, “Do I believe this borrower will pay me back?”

The borrower who gets the loan has to have a plan that will allow the loan to be paid back.

Together, they create money out of promises that the borrower makes.  This “new money” appears out of the minds of both parties.

9 thoughts on “How does a bank create money out of promises?”